Anova makes market-leading Industrial IoT products for their culinary industry through their branch Anova Culinary. Among Anova Culinary’s products is the #1 line of sous vide Precision Cookers, each controllable via Bluetooth and Wi-Fi using a mobile phone. 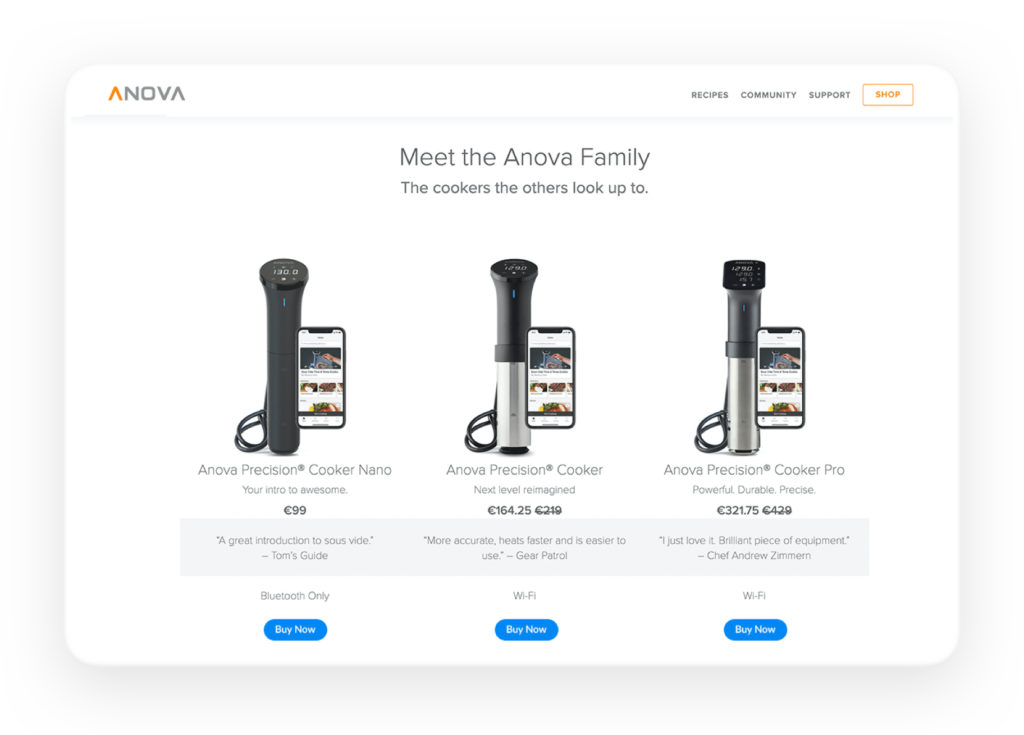 Postindustria created and maintained both Android and iOS mobile apps for Anova, and continues to support these apps for them as a part of Electrolux.

It’s really a different business model than what we’re used to, and it’s something we can learn a lot from.